The existing winders had a dancing arm, which were connected to a power rheostat controlling the voltage on to a torque motor.

Mechanical wear in the system meant that the dancing arm was continually moving up and down which was causing slight irregularities in the wind. As the wind or ‘Doff’ as it is known in the textile trade takes up to 10 hours, the old system had timers and additional rheostats that increased the tension as the doff progressed.

Newton Tesla developed a static roller, which was supported by a load cell on each winder.

The solution was rolled out across the 32 winders in the spinning frame.

The individual status of each winder and its tension could be viewed on the HMI with the ability to set the wind tension according to the product being wound.  The actual tension value from the load cell was compared with a setpoint value using the D700 series PID functionality (commonly used for fan or pump control).

The results were better than expected, so much so, the original torque motors (an induction motor with a solid un-laminated rotor) were retained. 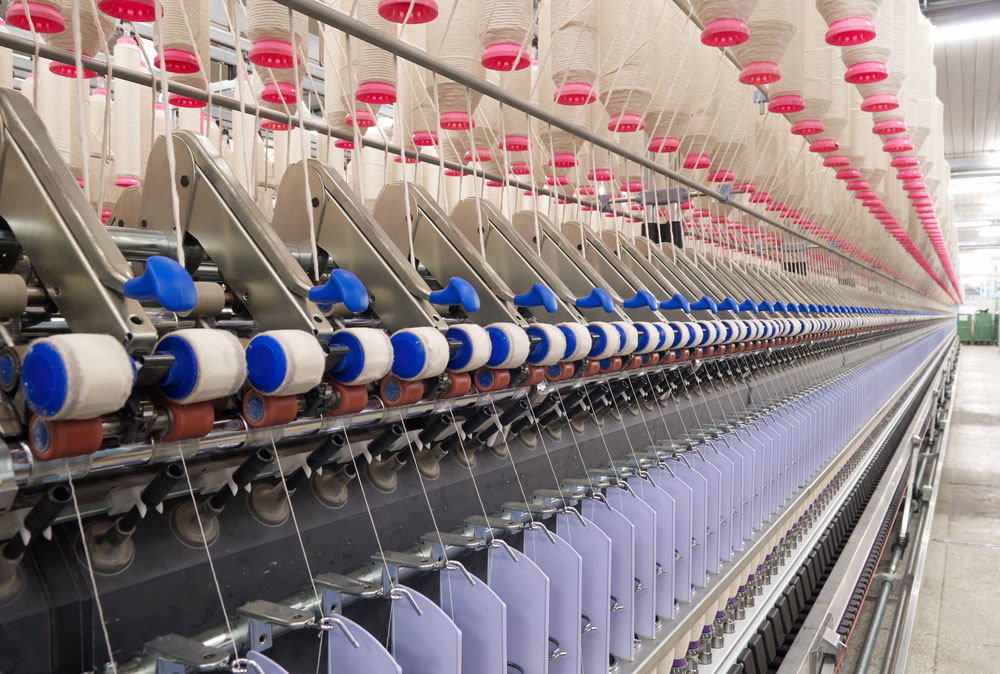